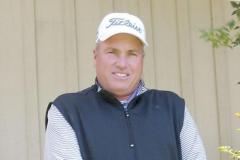 The Northern California Section of the PGA will honor Shawn McEntee, a PGA teaching pro at the Chardonnay Golf Club, as its Senior Player of the Year on Dec. 8 at the NCPGA Special Awards Ceremony & President’s Dinner at Contra Costa Country Club in Pleasant Hill.

McEntee is one of 19 recipients of Section awards, which are given to PGA professionals and industry leaders who have excelled in the game and golf business. The senior division is for players ages 50 to 64.

“Our award recipients are not just being recognized for excellence in their particular area of the golf industry, but more importantly as role models for the community,” said NCPGA awards chairman Ted Mattila. “On a daily basis they make a positive impact on young people, disabled persons, military personnel, numerous charities, and the general public. For them it is a very rewarding career choice.”

McEntee played golf at Pioneer High School-San Jose, San Jose City College, and was an NCAA Division II All-American at Cal State Stanislaus (Turlock) in 1979 and 1980. He graduated with a degree in business.

A member of the PGA of America for the last 26 years, he was unsuccessful in two attempts at PGA Tour Qualifying School. He made it to the finals of the Champions Tour Q School last year, but did not get his card.

McEntee, who makes his home in Petaluma, joined the Chardonnay Golf Club instructional staff in January 2012.

He has played in the AT&T Pebble Beach National Pro-Am seven times. He has also been in the Bob Hope Classic, Los Angeles Open, San Diego Open and the Reno-Tahoe Open.

Receive the latest updates and news delivered straight to your inbox.